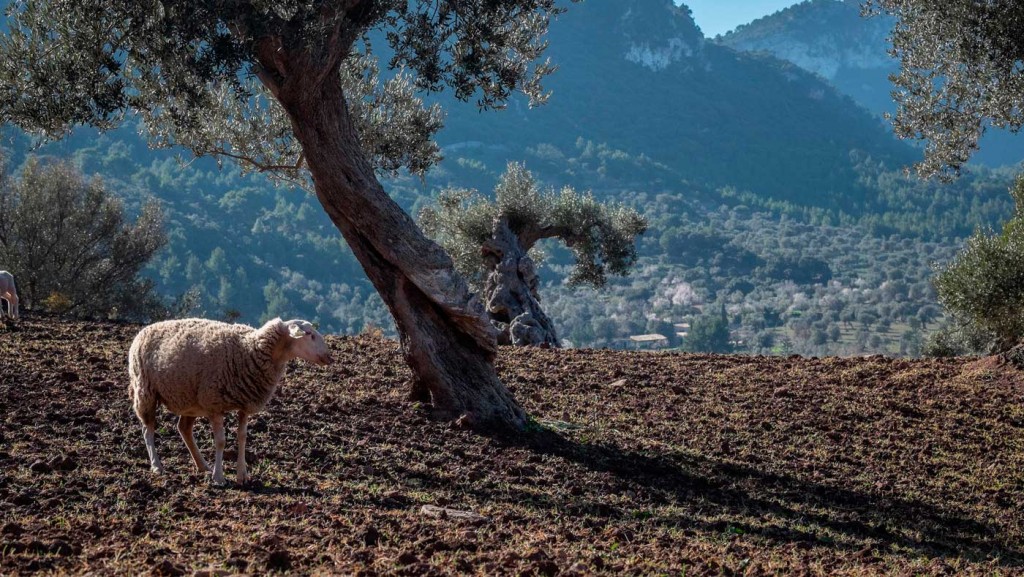 The Serra de Tramuntana is the mountainous region the runs the length of the NW coast of Mallorca. The scenic mountain range stretches 90 kms from Cap de Formentor in the north to Dragonera island in the south, with its highest point being the mountain of Puig Major, in Escorca, which towers 1445 m above sea level.
In 2011, the Serra de Tramuntana was declared a World Heritage Site by UNESCO in the Cultural Landscape category, and despite the serious environmental threat posed by the sharp rise in tourism, it constitutes today one of the richest and best kept ecosystems on the island. In the words of UNESCO: the Serra de Tramuntana is located on a sheer-sided mountain range parallel to the north-western coast of the island of Mallorca. Millennia of agriculture in an environment with scarce resources has transformed the terrain and displays an articulated network of devices for the management of water revolving around farming units of feudal origins. The landscape is marked by agricultural terraces and interconnected waterworks, including water mills as well as other dry stone constructions and farms. 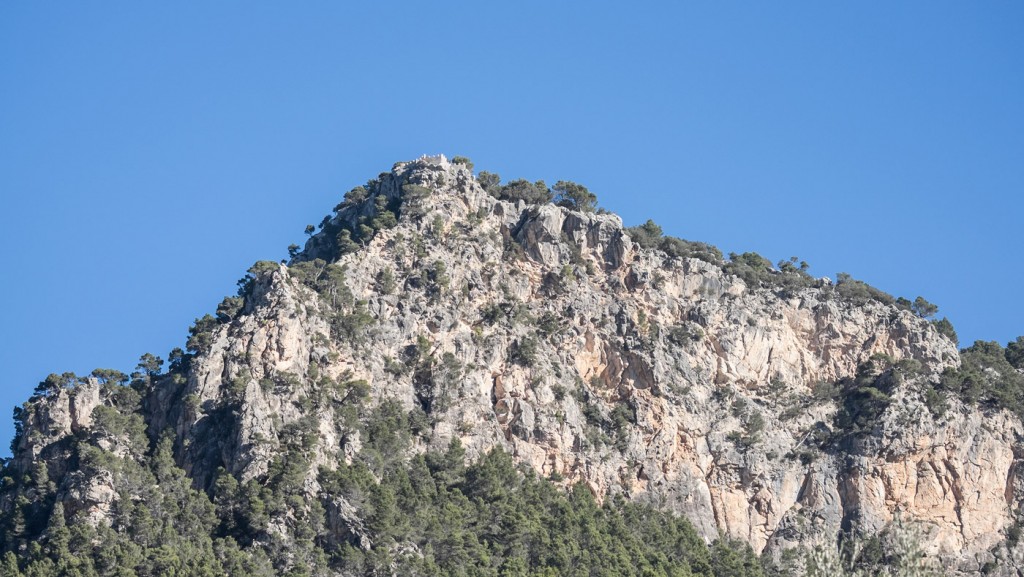 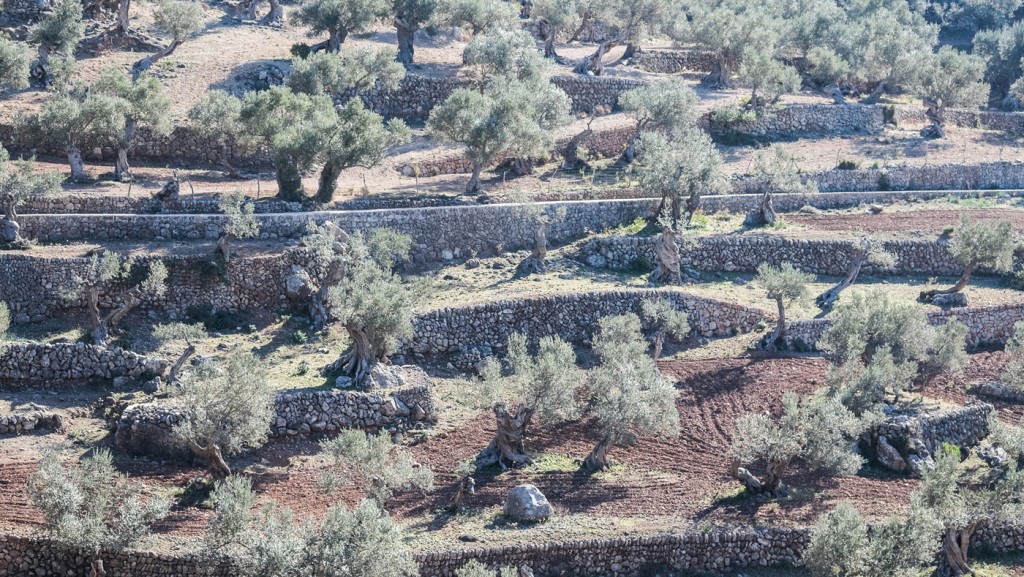 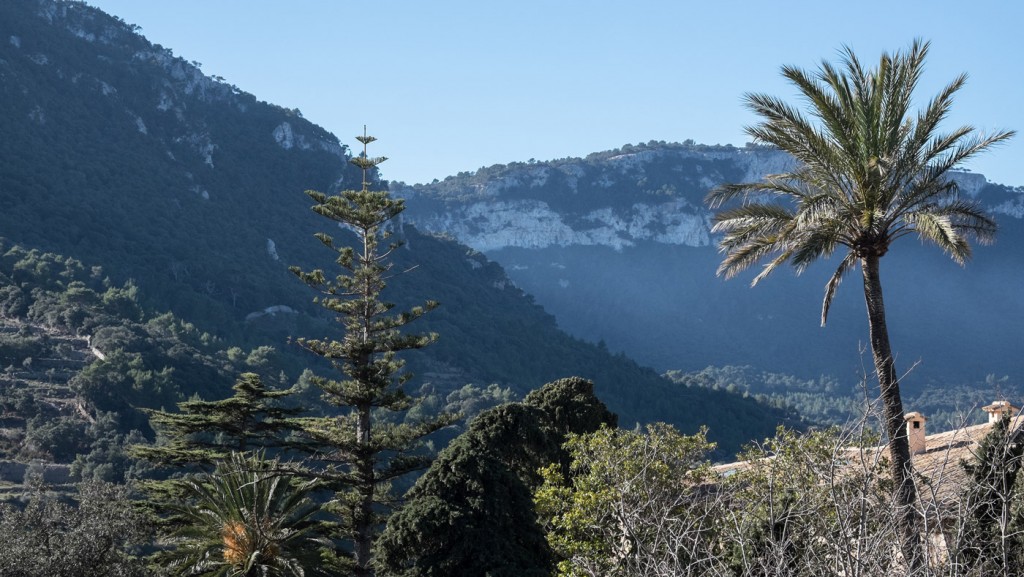 A haven of sweet rest and inspiration, the village of Valldemossa has been home to well known characters of our history such as Ramón Llull, Rubén Darío, Chopin, Borges or the Archduke Luis Salvador of Austria. On the north-east coast of the island, Valldemossa stands 419 m above the sea, nestling in a lush valley, rich with orchards and vegetables gardens, colored by ancient olive trees, carrobs, almonds, lemon trees and orange trees. This landscape is without doubt one of the most beautiful on the island and despite lying only a mere 20 km from the capital city of Palma, its enchanting beauty will make one feel much further away, both in space and time.
The name of Valldemossa has its origin in the 10th century when moorish conquerors divided up the island naming the villages after the family clan to whom they would correspond. Thus, the hamlet of Wadi Muza o Valley of Mussuh was born; Muza or Mussuh being the name of the dignitary who received the land.
The name of Valley of Muza appears in the famous Llibre del Repartiment book, where King Jaume The Conqueror’s scribes recorded the distribution of the estates and lands of Mallorca after the defeat of the Moors in 1231, and over the centuries this name would evolve into the name we use today, Valldemossa.
Up until the development of the tourism industry, Valldemossa was essentially an agricultural village, thanks to the large number of traditional possessió estates, and just as today, it is known that the village’s products were very well considered throughout the island’s main markets. Especially when it came to olive oil, the main source of income for the village and the valley for many centuries. 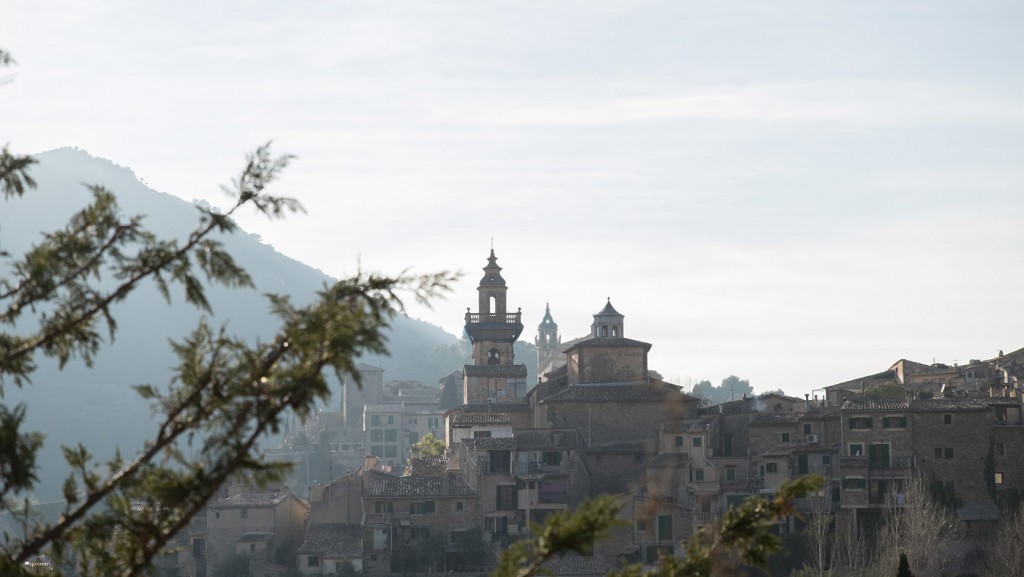 This website uses its own as well as third party cookies to collect information in order to improve our services, to show you advertising related to your preferences, as well as to analyse your browsing habits. If you continue to browse, it constitutes acceptance of the installation of the aforementioned cookies. The user has the possibility of configuring their browser, being able, if they wish, to prevent cookies from being installed on their hard drive, although they should keep in mind that this may cause difficulties when browsing the website. HOW TO CONFIGURE THEM